The incredible ‘B’ Class by David Churchill

At last, the definitive story of Darjeeling’s ‘B’ Class locomotives.

The history, build details and operating practices, and it includes detailed plans for model makers too. It expands considerably on the knowledge base we have from previous publications. Written by David Churchill, an authority on Darjeeling Locomotives, it balances diligent research with information from the DHRS archive and the support of friends with specific expertise. The book also covers the locomotives initially delivered to the Raipur Forest Tramway and those subsequently sold to Coal India to work at Tipong in Assam. No-one with an interest in the DHR or the surrounding area should be without it.
Gloss laminated soft cover with 128 pages with
SEWN BINDINGS, 282 x 210mm. 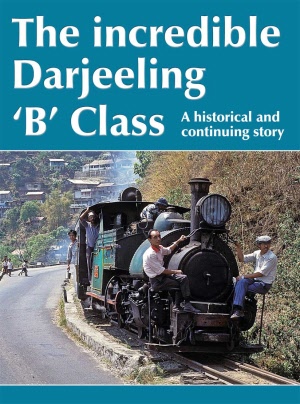 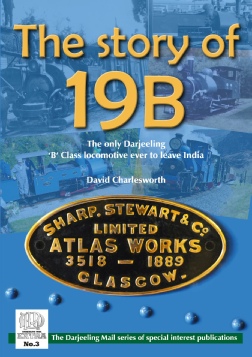 The story of 19B
The only DHR ‘B’ Class ever to leave India!
by David Charlesworth

In 2002, Adrian Shooter, purchased a special locomotive from the Hesston Museum in the USA. It was a Darjeeling ‘B’ Class, the only one ever to leave India. Its arrival back in the UK, the place of its birth, was the result of a series of connections and two special people prepared to dig deep into their own pockets in the interest of preservation and museums, for people to enjoy and learn for generations to come. Since it was returned to full working order, it has proved that few engines are better suited to operating on the various 2ft gauge lines in the UK and Europe.
Written and produced by David Charlesworth.
A5, 32pp plus 4pp cover. Full colour.

The best and most comprehensive atlas of India Railways ever produced has just got even better! This third edition has larger maps, more detail and up-to-date details of new lines open and changes of gauge.

Some of us have been lucky enough to have toured India when steam was the main form of propulsion, and there was a wide variety of steam locomotives remaining, many of which had survived from the British Raj era.
This volume, by David Charlesworth GRA, Peter Jordan and Richard Paget, covers the last years when steam was common, between 1979 to 1989. 96 pages and 271 photographs with detailed and informative captions. If you were lucky enough to have experienced India during this period, it will bring back innumerable fond memories: if not, it is an excellent record of what you missed!

The Digital Years
68 pp, 297 x 210 mm, full colour throughout, softbound. This delightful book featuring full page photographs of the DHR as it is today from Peter K Jordan (Edited and produced David Charlesworth GRA with contributions from, Bob Avery, Eddie and Enid Lang and Michael Chapman). Informative captions with a brief history and a diagram map of the line. 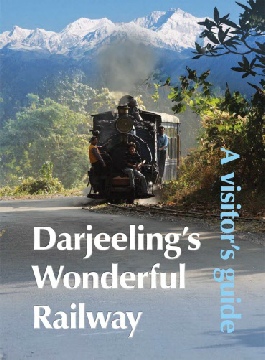 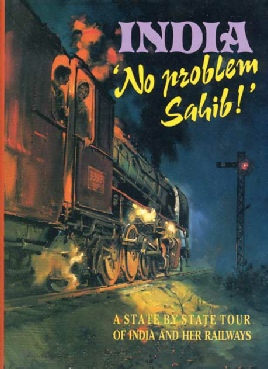 This long-awaited publication is the first dedicate tourist guide the the DHR for a considerable number of years. Full colour with a revised map of the line, chronological history, a chapter on “Getting to” and “Riding the DHR” with sections on tea, locomotives, rolling stock and flora and fauna. Written, designed and produced by David Charlesworth, with major contributions from Richard Wallace and specific chapters from David Churchill, Peter Tiller, Paul Whittle, Peter Jordan. Printed in India we have succeeded in keeping the cost down to a very affordable price.
Proved in fact, by sales in Darjeeling starting the moment the book was seen.
Gloss laminated soft cover with 40 pages, 283 x 210mm.

(An historical photographic record by Frank Thornton Jones)
Frank lifelong transport enthusiast who served with the RAF during World War II, during which he served in India and the former Malaya and whilst in India made a short visit to the Darjeeling in 1945. He was well-known as a Tramway Photographer, as ‘DWK Jones’, but known to friends as ‘KJ’ or ‘Frank’. Frank died in 1999 and the Darjeeling Himalayan Railway Society was pleased to be able to publish a collection of these historic Darjeeling photographs in his memory.

The spirals and the reversing stations of the Darjeeling Himalayan Railway are not only an essential feature of the line but add immeasurably to its charm.
In this booklet we try to tell the story of these engineering wonders and the part they have played in the drama of the railway. A line beset by more than its fair share of challenges – a railway that endures 300 inches of rain each monsoon, survives washouts and landslides and each year, as another section of line is lost to the ravages of natural forces, the railway is ‘picked up’, found a new alignment and continues to amaze the world. A testament to the commitment of Indian Railways. When opened as a tramway in 1881, no spirals or loops existed but the severity of the gradient, climbing from 398 to 7,407 feet in a little over 40 miles, made it essential that a method of easing the gradient be found. The spirals and reverses came into being... but that is only part of the story!

After the end of steam in August 1968, Howard Routledge thought this was the end of his years behind the lens. However, his interest was rekindled when preserved locomotives made a welcome some ten years later. A chance encounter with the members of a locomotive support crew, who invited Howard to join a select band of volunteers working with ex LMS Jubilee 5690 Leander on the main line changed all that.
Howard regularly worked on the footplate over the Settle-Carlisle line and in later years he also became responsible for the planning of many steam-hauled charter trains that appeared on the route.
This book takes a detailed look at steam operations on the Settle to Carlisle Railway during the 30 year period that following from 1978. The book also contains many behind the scene images that the author was able to capture whilst working with steam on a line that can be fittingly described as being the finest theatre in the country for steam locomotive performance.